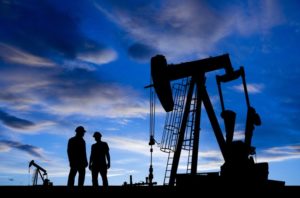 After a vote of 5-1 the Constitutional Court in full annulled the popular referendum organized by the population of Cumaral, Meta last june 2016 at the moment when a project of hydrocarbon exploration by Mansarovar Energy was about to begin .

The referendum led by the Mayor of Cumaral on March 2017 had the blessing of the Administrative Tribunal of Meta and the population voted for the NO.

After the decision of the population, Mansarovar Energy filed an action for protection of its fundamental rights.  The Court, after proposal of decision presented by Magistrate Cristina Pardo, gave the reason to the multinational, explaining that the Referendum cannot ignore that the subsoil and natural resources of the country belong to all Colombians, represented by the State. The Court adds that, currently, there is not a mechanism for citizen participation allowing the communities to have information, present their concerns, or oppose hydrocarbonexploitation projects.

For Judge Pardo, such projects must be agreed harmoniously between the parties, a situation that does not occur in Cumara because while the population says no, the hydrocarbons sector and the State are against it. That is why the Court´s decision also asks the Congress of the Republic to regulate these popular referendums.