Three recent developments in Colombian competition practice and regulation reflect the country’s willingness to advance towards the implementation of international standards and compliance with OECD parameters. 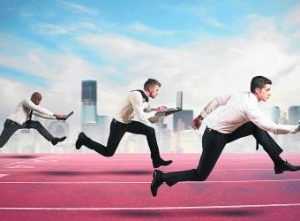 As previously reported,[1] the Superintendence of Industry and Commerce (SIC) carried out an investigation for restrictive trade practices against the sugar-producing associations and against the main sugar factories in Colombia.

In a highly controversial decision,[2] the SIC has imposed sanctions on three sugar-producer associations and 12 sugar-cane companies for acting ‘in a coordinated way for several years to obstruct Colombian sugar imports from Bolivia, Guatemala, El Salvador and Costa Rica.’

At an individual level, the SIC also imposed fines against 14 executives of the Colombian sugar-industry executives for having ‘cooperated, facilitated, authorised or tolerated the anti-competitive practices sanctioned.’

As mentioned in the SIC resolution, the fines imposed were particularly high due to the fact that some of the cartel participants had been previously found guilty in another case in 2010 of creating illegal coalitions to limit prices paid to sugar-cane growers.

According to the SIC, the coordination by the participants in the cartel ‘exceeded their rights of association’ and free enterprise. The companies investigated had ‘deliberately blocked sugar imports to Colombia to keep supply from increasing so that the internal prices for sugar paid by the industry would be lower’.

The agency said the companies involved also set up organisations to acquire production from regional sugar producers outside of Colombia to make sure those sugar volumes were sold elsewhere and would never make their way into Colombia.

The decision is still subject to further remedies including an appeal and final decision by the Council of State at contentious administrative level. The Colombian Sugar Cane Growers Association (Asocaña) has expressed their rejection of the decision made and has claimed that the SIC has imposed an ‘exorbitant’ fine, depriving the industry players of their right of defence and affecting their goodwill. Of course this has resulted in broad media coverage with questions being raised as to whether such high fines really help the market and consumers or if it is just another blow to the Colombian industrial sector.

New regulation in favour of whistleblowers

On 16 July 2015, the Ministry of Industry, Commerce and Tourism issued Decree 1523 of 2015 (the ‘Decree’), a regulation that introduces new measures for whistleblower protection in Colombia.

First of all, the Decree establishes the following procedure for whistleblowers to benefit from the reporting programme:

The Decree also grants cooperation benefits to such whistleblowers who were originally the promoters of or the parties causing the anti-competitive behaviour but did not threaten or force the other parties’ participation. If they did, then they may not benefit from the programme.

The new regulation reduced the timeframe for reporting purposes and thus for benefiting from the cooperation programme. Before the Decree, the deadline for reporting expired on the date of issuance of the SIC’s own report, which resulted in delays in the investigated parties’ decision to cooperate. The Decree now requires whistleblowers to report no later than before the filing of the response to the SIC’s cartel claim. This will allow the SIC to determine, at an early stage of the process, whether cooperation will exist.

The following are the main benefits deriving from the cooperation programme:

Reasons for losing the benefits granted are:

On 4 August 2015, the Minister of Commerce and the Superintendent of Industry and Commerce presented a draft bill to Congress with the aim of amending the existing competition regulation. Draft Bill No 38 of 2015 (the ‘Draft Bill’) consists of 24 articles prepared by the SIC with the assistance of the OECD to strengthen the mechanisms that the competition agency may have to enforce the regulation; to provide more benefits for whistleblowers; to make the competition regime more transparent for corporations and consumers while adjusting the regulation to international standards and best practices.

The following are the most relevant aspects of the Draft Bill:

The above developments certainly reflect the government’s political will to advance towards a modern regulation highly inspired by developed countries’ experiences. The question of course remains as to whether the regulation is actually shaped to respond to the current Colombian market’s needs or whether it is overly cumbersome for such a developing economy.