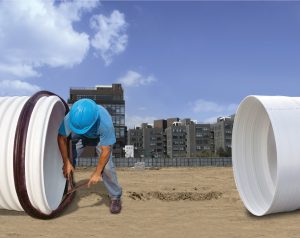 After months of deliberations, the multinational Mexichem, which has exported piping resins to over 50 countries and has more than 50 years’ experience, finally succeeded in its move to purchase the Colombian company Pavco on September 14, 2007, after receiving a conditioned approval from the country’s Superintendence of Industry and Commerce (SIC). MEXICHEM COLOMBIA S.A. is a subsidiary of the Mexican group MEXICHEM, producer and marketer of chemical products derived from salt, such as liquid caustic soda, (sodium hypochlorite) ferric chloride and calcium stearate, among other construction-related products.

MEXICHEM COLOMBIA previously acquired the Colombian Petrochemical Company (Petco), for which it paid in February 2007 $270 million and possesses 50% of Colombia’s Geon Andina. It stated that as part of its strategy of international growth in the chemical and petrochemical sectors, it chose Colombia as one of its centers of operations for its chlorovinyl chain.

Within a couple of months after the said acquisition, the company filed for clearance to the merger with a local producer of PVC pipes PAVCO, a subsidiary of Brazil’s Amanco Group.

PAVCO and CELTA, another local subsidiary in the PVC pipes’ industry, have 65.80% of the piping systems market share. This fact, along with the recently increased dominance in the market due to the integration and PETCO’s already dominant position, would strengthen the incentive to restrict access of the PVC resins’ competitors in the downstream market for these systems, either through a price increase or through a reduction in its offer. This could result in the market competitors’ adverse exclusion and a subsequent demand control in the downstream market by PAVCO.

The company is vertically integrated through four production chains: a string of chlorovinyl (or chlorine-alkali), which produces chlorine, caustic soda, PVC and related products, a fluid handling solutions chain, which produces pipe and conduction solutions, a fluorine chain focused on the production of hydrofluoric acid and a chemical bulk distribution business in Mexico.

Given the likeliness of a dominant position’s abuse by Mexichem, local producers of PVC pipes filed objections to the acquisition’s approval by the competition agency. The main arguments of local producers were:

(a) Geographic Market. Even though local producers have been recently buying PVC resins in the international market, because of PETCO’s exaggerated increase in price in the local market (being its sole producer), the relevant geographic market in this case is Colombia only, due to the existent access barriers and costs such as nationalization, freight and tariffs, which prevent foreign products to substitute the national goods.

On the other hand, although there are other markets that produce PVC resin, such as Venezuela, they do not have sufficient inventory to meet local producers demand and there is a major political interventionism that affects the stability of supply.

(b) Structure of the Relevant Market. The entity resulting from the integration is the only producer of PVC resins at national level, with 100% of the market. Through PAVCO it would have a market share of manufacturing piping systems of more than 60%, which puts it in a clearly dominant position.

(c) Competition after the acquisition. Since PETCO is the sole producer of this resin in the domestic market, undoubtedly, the integrated companies will have a dominant position in the market for PVC resins, which has already happened for PETCO. While PETCO’s dominant position and the newly integrated companies in the PVC resins market is a notorious fact, it is worth highlighting the reasons that prove this fact, which provoke a careful consideration for such integration:

(i) Low elasticity of demand for PVC resins. The PVC resins extrusion SE 950 and injection SE – 650 have a share of 85% and 60% respectively in the conversion cost of the finished product.

It is impossible to use an alternate stock to produce PVC piping systems. Nor is it possible to switch suppliers in the short term, since the PVC resins have to contain a series of stringent technical requirements – that guarantee good quality products – in the extrusion and injection machines, whose performance should be evaluated prior to each particular supply.

In that vein, while at an international level there are other suppliers of this resin, such as Pequiven, Everlite Korea, LG Chem, or Policyd, Itochu Chemicals, they are not competitive or reliable for the following reasons: a) Geographic Location. A large number of them are in remote area, away from the piping systems manufacturers’ plants, which results in high transportation costs that increase the purchase price of the raw materials and therefore the final product, resulting in a great disadvantage for consumers. B) Insufficient inventories. Some producers, such as Pequiven, do not have a sufficient amount of inventory to meet the manufacturers’ regular consumption needs.

That said, it is quite obvious that the consumer demand for PVC resin for the manufacture of PVC tube systems is not elastic.

(ii) Implementation of discriminatory conditions. The integrated entities would have a reason to continue with their policy of increasing the PVC resin’s price, creating vertical negative effects on the market of PVC systems.

(iii) The existence of barriers to entry. Manufacturers of PVC piping systems would have to make major technologic and economic investments, in order to install plants able to produce PVC resins, which would not be profitable against production. It is interesting to note at this point that MEXICHEM COLOMBIA SA is a company that produces and markets products derived from salt and has been operating in the country for over 40 years, but has not begun production of PVC resins in the local market, while its raw material is precisely, salt.

(iv) Lack of competition. Clearly, when perceiving PETCO is the only local producer of these resins, is linked to MEXICHEM COLOMBIA SA and taking into account the existent entry barriers to this growing market, one can conclude competition in this field is totally non-existent.

Against this background, the monopoly in the aloft PVC resins market that PETCO directly has and MEXICHEM COLOMBIA SA indirectly obtains, will have a sharp and adverse effect in the vertical PVC market, once the integration finally occurs between the latter company and PAVCO. This business’ concentration will significantly strengthen the aforementioned dominance.

In its first instance decision, through Resolution number 021345 of July 16, 2007, the Colombian competition agency objected to the transaction, as it would have “harmful effects on competition”. Later that month, the consortium informed the Mexican Stock Exchange that despite having received a refusal, it had sufficient technical arguments to demonstrate that the operation did not involve a risk to Colombia’s domestic market or to free competition.

Both parties (Mexichem and Pavco) filed two reinstatement appeals in August 2007, in which they proposed a condition that would impede unfair activities that would be contrary to free competition. According to the Superintendence, the two companies’ proposed condition did not fit within the parameters of information independence and implementation of a fair price, which could address the competition concerns that would arise from the merger.

In its second instance decision, the agency stated that, in order to certify the continuance of a free market, Petco needed to guarantee the raw material supply of PVC pipes to Pavco’s competitors. Also, it had to sell – to an independent party – a pipe factory (located in Barranquilla, Colombia), able to produce 12,000 tons annually, besides other conditions to “ensure free competition.”

The Superintendence then determined a new commitment for the parties, through resolution number 029154 of 2007, in which it decided not to object to the merger operation and instead ordered compliance with several conditions. The conditions for the transaction’s approval included, among others, the establishment of a third party who, besides not having any links with the consortium, had to acquire certain assets off Celta. Apart from Petco’s obligation to meet products orders to all piping systems producers that required them, without demanding exclusiveness for those purchases, the entity barred the new consortium from requiring different conditions to Pavco’s competitors for making such buys.

In addition, Petco was forbidden to disclose any confidential information to Pavco, regarding the product’s acquisitions made by other customers, orders, shipping, volume, frequency, form and time of payments, as well as the purchased products’ references. So as to accomplish this, the two companies were required to sign a confidentiality protocol, which required them not to share all or part of this data.

Additionally, the Superintendence demanded the consortium to maintain separate business information, for the verification of its normal functioning and viability, by a government agency or any individual wishing to access this information. In order to achieve this, Pavco and Petco were required to keep disaggregated information related to the production, cost structure and any additional data that may be required either by an auditor or by a third party. Finally, the Superintendence demanded the hiring of an independent auditor to verify the compliance of these conditions within one month after the approval’s issuance.

The former Colombian Superintendent of industry and Commerce, Jairo Rubio, pointed out that with the conditions indicated, the competition’ state of affairs in the Colombian piping systems market would improve. Also, he said he expected to see a reduction in the PVC resin’s price in Colombia, since before the merger it was 18 percent more expensive than Petco’s PVC price abroad.

The Mexican company’s last move before buying Pavco was the acquisition of Frigocel Mejicana, a Mexican company specialized in the transformation of expandable polystyrene, and Mexichem’s main competitor in Mexico’s central zone. It was only one of many tactical buys that the company has done in recent months.

Mexichem’s buying boom started two years ago. In 2005, Mexichem acquired Dermet, a distributor of raw materials for the food, chemical and pharmaceutical industries. In 2006 it bought Bayshore, a U.S. producer of PVC compounds.

Among the purchases made by Mexichem during 2007 are: 50 percent of Geon Andina’s shares for about $7 million. The other 50 percent still belongs to Polyone Corporation, a global compounds producer. Geon Andina is a leader manufacturer of composite plastics located in Cartagena, Colombia, with an installed capacity of 50,000 tons per year and exports to the Americas.

Part of the robust growth that Mexichem is searching is due to the fact that most of the products it manufactures go to sectors that today are seeing a boom in the region, such as agriculture, construction, infrastructure, sewers and water management.

Several months have lapsed since the resolution of the SIC and the balance raises serious doubts as to the effectiveness of conditions set forth unilaterally by the competition agency. Competitors complain about the confusing terms of the resolution and the fact that the sale of Celta will not be sufficient to tackle the anti-competitive effects of the acquisition. The fact that the business will not be sold as a whole has raised concerns. The assets to be sold pursuant to the competition agency’s resolution are mainly reduced to certain machinery and real estate which no doubt are not fundamental for continuing with Celta’s business in the future.