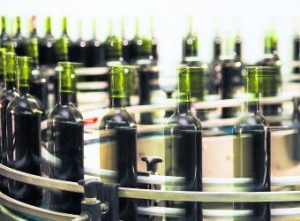 Since Colombia increased its trade relations with the world and removed barriers to intensify the flow of goods and investment, trade agreements with transparent and non-discriminatory procedures were established for national and international companies to participate in public procurement.

However, this has risen concerns as to how to tackle increasing tensions with local regulation on State-owned monopolies, originally authorized in the Colombian Constitution of 1991. This is the case with the existing alcohol industry monopoly.

Pursuant to article 336 of the Colombian Constitution:

“No monopoly may be established except through the free play of the marketplace and to promote the public or social interest and in accordance with the law. The law which establishes a monopoly may not be applied before those individuals, who by virtue of it must relinquish the pursuit of a legal economic activity, are fully indemnified. The organization, administration, control, and exploitation of financial monopolies will be subjected to a specific regime, determined by the law of government initiative. (…) Revenues obtained in the exercise of alchohol monopoly will be earmarked on a preferential basis to the health and educational services. Tax evasion with respect to revenues originating from financial monopolies will be sanctioned as a crime within the limits established by law. The government will sell or liquidate the monopolistic enterprises of the State and transfer to third parties the exploitation of their operation when the requirements of efficiency are not met within the limits established by law. In all cases the rights acquired by the workers will be respected.”

To this date, the monopoly on alcohol has derived in the following practices which have raised concerns as to whether such monopoly will need to be eliminated in the light of new market trends:

Each Department or State (Colombia currently has 32 Departments) has a constitutional right to hold a monopoly on the production and commercialization of alcohol within its region, either directly or through concessions to private parties.
This has given local authorities (Congress men and governors) and distilleries a great deal of market power at regional level.
Market power can be observed in different ways, namely:
Capacity to directly restrict the offer by their potential competitors;

Entry barriers and bureaucratic procedures applicable to departmental authorities in order to discriminate between production of their own distilleries and competitors;
Through State aids at Department level, which allow production at lower costs and avoid closing of companies due to severe losses.
Restrictions in the offer of alcoholic beverages apply only to those exceeding 20 degrees of alcohol, which has derived in a gap within the monopoly structure thus generating distortions in favor and against certain products (such as aperitifs).
Back in 1999,http://www.pmabogados.co//components/com_jce/editor/tiny_mce/plugins/anchor/img/anchor.gif); vertical-align: super;”>[2] seeks to correctly harmonize tax rates for all spirits, wines and similar beverages, both domestic and foreign.

The commitment to change the current scenario was formulated by the government in its 2014-2018 National Development Plan, which provided for the removal of implicit financial monopolies in the alcohol industry, enshrined in Article 336 of the Constitution.

In the absence of clear regulations, ministers of Finance and Commerce, Mauricio Cardenas and Cecilia Alvarez, respectively, filed this bill to regulate deficient subjects that have been constantly present, such as corruption, promotion of bootlegging (which stands at approximately 410 million dollars, about 1.5 billion pesos), tampering and interference of politicians in the income of departments and liquor stores, and free commercialization of rums and domestically distilled spirits in regions that are not producers themselves.

Besides these problems, the urgent issue focuses on compliance with the free trade agreements signed by Colombia with the European Union, Canada and the United States, where the country has a term to regulate the market, already overdue, for this purpose and not to discriminate against imported alcoholic beverages with nationals.

In this regard, the aim is to equalize the tax burden for both domestic and foreign liquors, as provided in the FTAs negotiated by our country. By granting non-discriminatory access to national and foreign alcoholic beverages, national treatment rules applicable in Colombia would modernize and would be in accordance with the provisions of the World Trade Organization.

What changes with this bill?

The bill does not eliminate the monopoly of the departments but sets out requirements to make the market more transparent and more equitable the tax burden between imported and domestic spirits. This project seeks to increase 200 pesos for all alcoholic spirits and a tax of 25 percent ad valorem.

Complexity lies in the fact that most foreign spirits contain over 35 degrees, while nationals are below that measure. Domestic products ultimately pay less tax than imported ones.

In short, the concern revolves around the negative impact that could endure health and education sectors to prevent centralization of resources product of alcoholic beverages’ income. At the end of the day, the tension between free market practices envisaged in all free trade agreements entered into by Colombia in the past few years and the Constitutional right to hold monopolies in the alcohol industry will most likely result in the prevalence of free market practices given the country’s political will to follow the path of OECD membership.