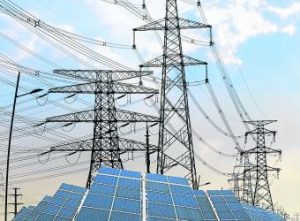 To promote the so-called non-conventional energy sources, the Ministry of Mines presented the decree 2143 of 2015 which regulates tax incentives from the investment in Conventional Energy Sources in November.

Thereby seeks there an array of diversified energy generation in Colombia to give entry to new technologies in the energy system. The 1715 decree implementing the Law on tax benefits, approved in May 2014.

What are the non-conventional renewable energies?

Are understood as non-conventional renewable energies energies are characterized in their processing and use into useful energy not consumed or depleted in human scale.

Examples of these sources are many, among them they can be counted hydro, mini hydro, biomass, the geothermal, solar, wind and ocean.

What classifies some renewable energy as conventional not the degree of development of technology for their use and penetration that take energy markets. Among the aforementioned sources, solar, solar panels need to exist.

In Colombia, to date there have been few facilities Networking made solar and wind technology. In Colombia we find that the primary source of energy in the electricity mix is ​​hydraulic, with about 70 percent of generation, while the rest of the mix is ​​mainly covered by fossil fuels.

However, these energy changes and the measures contained in the decree of 4 November 2143 are set to be longer materialize from February next year (2016).

From the force of the decree, all projects of power generation with Conventional Energy Sources can get four benefits, namely:

a deduction is introduced in the payment of income tax of 50 percent of the investment within five years.
Accelerated depreciation of assets is applied.
are exempt from the application of Value Added Tax (VAT) on goods related to the project.
Exemption from customs tariff.
Regarding these new guidelines, the Minister Tomas Gonzalez Estrada said:

“Our goal is that Colombia may have better parent friendly to the environment and more diversified. In this way we ensure the reliability required gradually replacing fossil fuels which are more costly and polluting.”

Precisely these benefits seek to increase the profitability of the projects, allowing them to be attractive for investment. A reality facing the issue is that the costs of technologies to harness these energy sources have declined in recent years, but still do not compete with energy from water and gas.

From the previous technological landscape, the 2143 decree aims to support technological upgrading more efficient equipment, in order to avoid waste and consume less energy and thus compete with traditional energy sources used. The country’s economic competitiveness to energy efficiency benefits would be. According to the Ministry, Colombia has the potential to save up to 10% of the electricity consumed, equivalent to having 2 projects Hidrosogamoso (the country’s largest hydroelectric regarding water storage).

On the other hand, the country’s abundant water resources has made electricity generation focus on this source, that translates into negative consequences for the environment.

Meanwhile, energy- Mining Planning Unit UPME since last September launched a study on “Integration of Non-Conventional Renewable Energy in Colombia” which contains recommendations on the development of projects with this type of energy, which is for example wind proposals in high potential areas such as La Guajira.

The Fund for Non-Conventional Energy and Efficient Energy Management (Fenoge), under Law 1073 of 2015, seek to work in coordination with the energy sector and finance initiatives of unconventional energy sources and achieve efficient management, both with public and private resources and international.